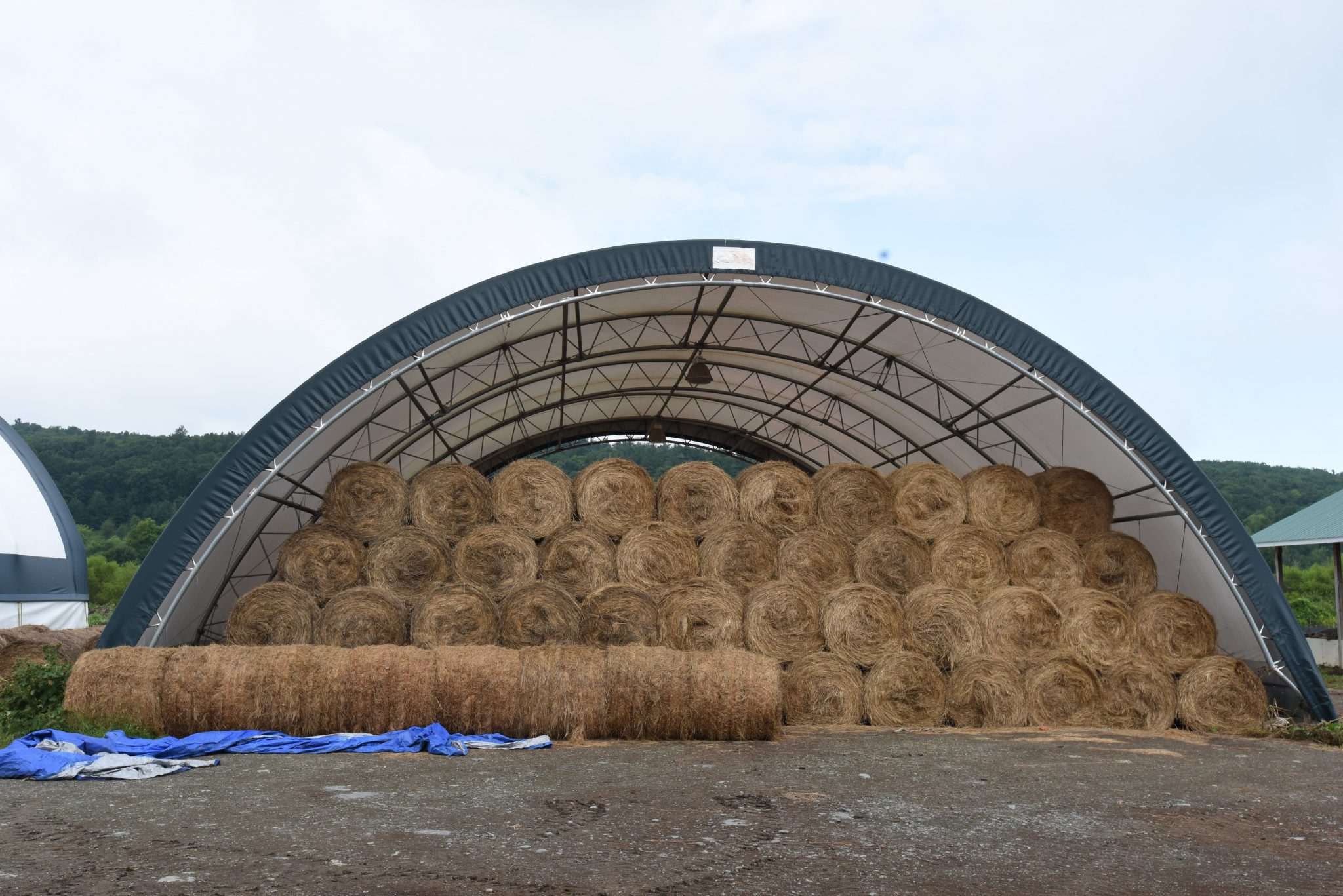 Hawthorne Valley is one of the farms we profiled in The Berkshires Farm Table Cookbook. We caught up with executive director Martin Ping on a phone call to hear how the community is dealing with the current disruption.

Hawthorne Valley is more than a working farm, though food production is at the crux of the organization’s mission. The 900-acre biodynamic farm in Ghent, NY, in the Hudson Valley, is home to a creamery and organic grocery store/bakery; 300-member CSA community; Hawthorne Valley Waldorf School (serving preK through 12th grade); on-farm education programs for children and adults; social, ecological, and cultural research groups; teacher education programs; and community arts initiatives. 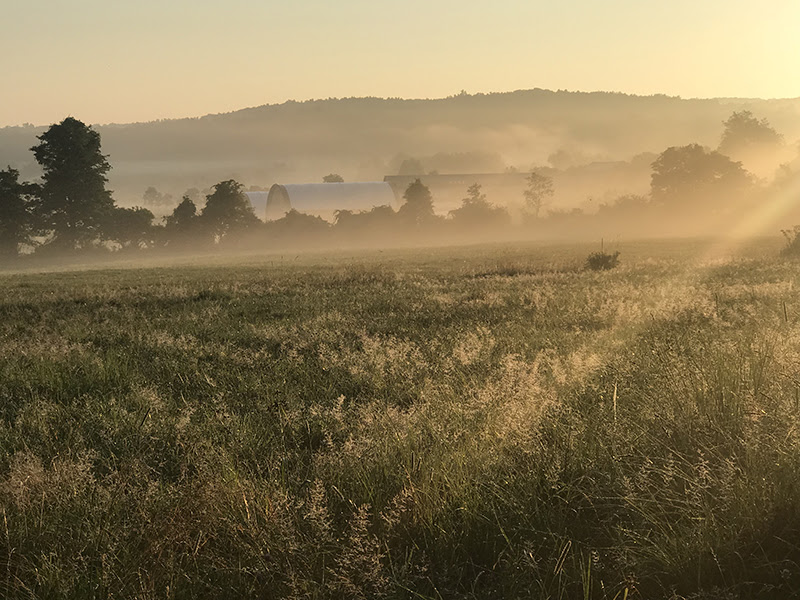 The person at the helm of this wide-reaching organization is Martin Ping, who has been executive director of the Hawthorne Valley Association for the past 17 years. “First and foremost, I apologize that you’re not actually speaking to a farmer. I always tell people I’m not smart enough to be a farmer. They’re my heroes. But farmers are very busy right now so you’re stuck with me,” he says. All modesty aside, Ping’s roots run deep—both of his children graduated from the Waldorf School, where Ping himself taught metalworking and woodworking and was a steward of the campus for a number of years.

He generously shared his time and insights into how the HVA community is responding to sheltering-in-place. And what he had to say is a bit of good news in our otherwise dark times.

Five years ago, a group of parents in the Waldorf school had the idea of making CSA shares available to teachers out of gratitude. As Ping explains it, “their children were nourished by their own CSA shares and they wanted to nourish the teachers. Then it became a win-win because it also supported the farm.” Over time the donors added more people—including part-time adjuncts and administrative personnel—to the gift. “They were incredibly inclusive,” he says.

When the parents approached Ping earlier this year to pass the torch to new financial supporters, two anonymous donors stepped up fairly quickly. So at the beginning stages of COVID-19, the faculty and staff were all covered. Because other colleagues were impacted with reduced pay or being laid off, Ping says there was a genuine desire to make sure everyone was well fed. And that led to a lot of what he calls internal gifting, with some colleagues paying for a share for another colleague. Then HVA put a letter out to the community to see if there were others who wanted to support in this way, “and the response was fantastic,” he says. 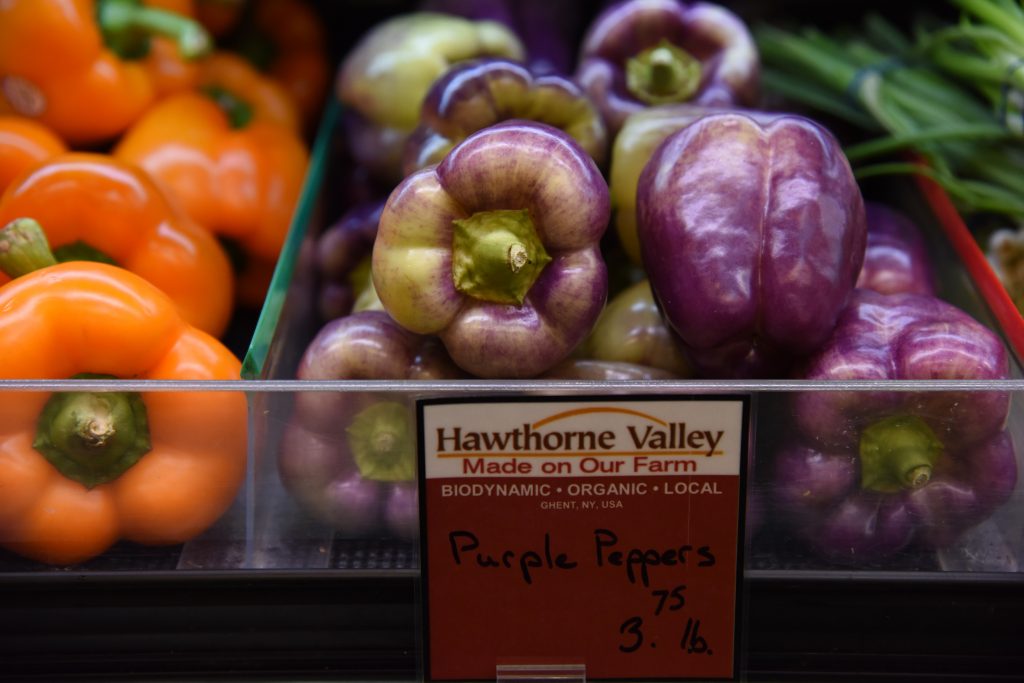 Photo here and at top by Rob Bildner

The hope is to be able to extend some of this outreach to the community in Hudson through HVA’s Rolling Grocer 19 initiative. This program—named for the 19 towns in Columbia County—was launched to provide greater accessibility to fresh, healthful food. The purchase prices are based on a three-tiered income structure. “It’s always a scale question: Can we get enough people participating at a level that allows enough to participate at the lower two tiers and basically break even? If that happens, we would be ecstatic.”

Ping also reports that his colleagues in the farm store have been working tirelessly—often putting in 12- to 15-hour days (and themselves at risk). What’s more, “in the most wonderful, selfless gesture,” they decided to put the tips they were receiving from appreciative customers at curbside service and home delivery into a fund for colleagues who are unable to work right now. “I was so moved and inspired by that seemingly simple act of generosity and thought if we can capture that spirit we may really be able to make a dent in the immense needs that are going to be showing up as a result of so many lives being upended by this virus,” Ping says.

For Ping, the conversation right now is around how to get this generosity that’s rising up in the wider community to where it’s needed most. He is also quick to acknowledge, though, that he is fortunate enough to be in a position to even engage in that conversation. “There is deep suffering going on right now and it’s understandable that some people are just concerned with getting enough food on the table or keeping a roof over their head.”

This is why he is particularly inspired by what the farm store employees have done. “It’s not that they are by any means wealthy, and they probably could be using those tips themselves considering all the time and effort they are putting in. It’s that they would be moved to understand that yes, I could use it, but someone else could use it more than me right now.”

He also sees the need for deep questioning about what’s wrong with our existing food system. “Out of that space a new direction of travel will emerge for us that might be broader than any one of us might imagine. It’s a tall order, but it’s been done before.”

Sourcing food and supporting the farm

You can sign up for a seasonal CSA share for local pickup or at one of the outposts in and around New York City.

The farm store remains open for curbside pickup and delivery within a 12-mile radius. Click here for details. 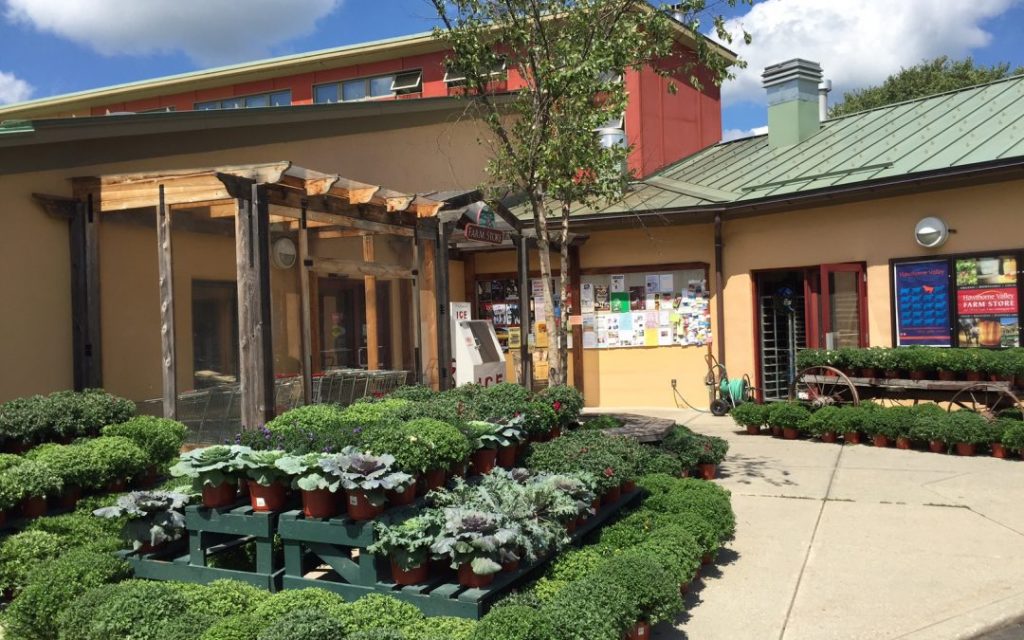 As a founding member of the Greenmarket system in NYC in 1975, Hawthorne Valley Farm continues to participate in the markets, evaluating the situation on a week-by-week basis. Ping says the drivers are committed to doing this, seeing it as an essential service. They are also being cautious about adhering to stringent protocols—the drivers are self-quarantined in separate housing. “But we are trying to be adaptive in making sure people have access to food right now.”