Here’s another guest post from Elizabeth Baer of CulinUrsa, who tested and perfected most of the farm-inspired recipes in The Berkshires Farm Table Cookbook (along with other professional recipe testers). We are featuring recipes from the book in the final weeks before the May 19 launch.

Cooking From the Fridge
By Elizabeth Baer

The release date for The Berkshires Farm Table Cookbook is approaching and I can’t wait for my friends and family to see this beautiful book (and what I’ve been doing on this project!).

There are so many wonderful recipes you will want to try. One that I have already made several times is the Maple Dijon Vinaigrette, which was inspired by the wonderful maple syrup from Ioka Family Farm, in Hancock, MA. It’s so versatile, you too will find yourself making it over and over again and, in fact, is used with several other recipes in the book.

Our usual routines have become so altered these days, and we ended up with a bit of chicken in the fridge, but not enough for two dinner portions. Since we also had some lettuce, we decided there would be enough chicken if we built a salad around it. What else?  An avocado we had put in the fridge when it began to get soft along with some carrots, olives, and pickled ramps. (I made the pickled ramp stems from a recipe on the blog of Chez Nous restaurant in Lee, MA, whose Einkorn Risotto and Chilled Zucchini & Roasted Tomato Soup are two other recipes in the cookbook!)

I also hate to throw anything away, so when I have a heel of bread left, I cut it into croutons to keep in the freezer. When I want croutons for salads or soup, I just take whatever I need and either toss the croutons with olive oil and let them toast in a low oven (300°F) until golden brown or toast them in a frying pan with some bacon pieces. (We are lucky that our butcher will sometimes give us ends of bacon that I cut into chunks to use in a variety of recipes.)

The Maple Dijon Vinaigrette from the Berkshires Farm Table Cookbook will make any salad sing, and this evening was no exception. This recipe makes more than we use at one time with just the two of us, and I realized I could put the remainder into a squeeze container for future meals.

When you get your copy of The Berkshires Farm Table Cookbook, make a batch of this salad dressing, and you’ll be so much happier having it in the fridge, ready to use, rather than any store-bought bottle!

This dressing is extremely versatile, and works especially well with greens that are a little bitter or spicy, such as frisee or arugula.

1/2 teaspoon salt, plus more to taste

6 tablespoons neutral oil, such as canola

1. Place all the ingredients, except the oils, in a blender and blend at high speed. With the blender on low speed, slowly add the oils until fully incorporated.

2. Taste and adjust the seasonings, if necessary. 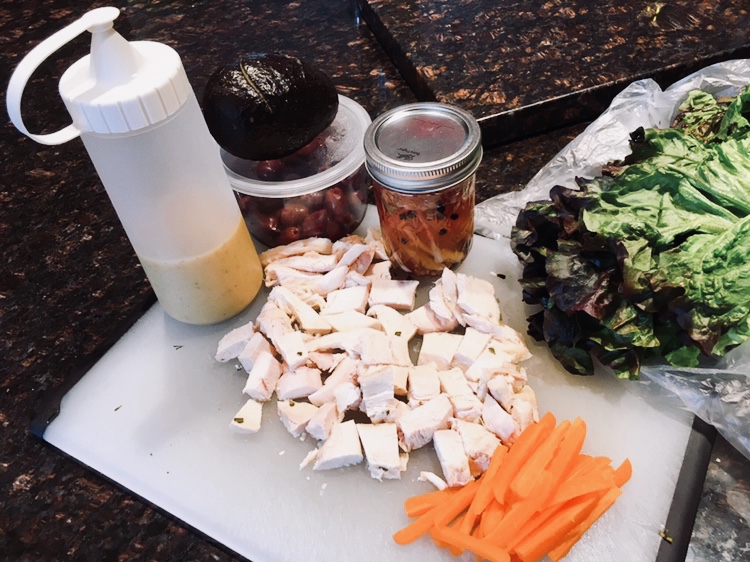